How The Network Intuitive Will Change The Future Of IT Professionals

If you’re reading this you’re probably a liar.

But no worries, we’re not judging!

According to research from the University of Massachusetts most of us are liars. They found that 60% of people lie 2-3 times every 10 minutes of conversation. Sometimes we don’t even realize it, but we’re constantly doing it.

Whether it is trying to impress people by blowing something out of proportion, or even telling a homeless person that we “have no change” just to avoid interacting with him or her, we can’t deny that we lie a lot.

You might not know this but there’s a whole science behind lying, and it goes well beyond words.

The study of body language, particularly micro expressions, was pioneered by Dr. Paul Ekman, a psychologist who gained a reputation for being “the best human lie detector in the world.”

By using the 7 main emotions as a baseline, Dr. Ekman found that it’s possible to derive a huge number of micro expressions that can indicate what a person is feeling, and as a result, if the person is lying.

Have you seen any movies where detectives interrogate the bad guys in a room?

Detectives first ask a series of straightforward questions to which they know they will get a truthful answer.

This allows them to get an idea of how the suspect reacts when telling the truth. Once they do this, they jump to the interesting questions and are able to infer if a person is lying based on his/her reactions.

Just like detectives use Dr. Ekman’s research to get truthful answers, Cisco’s intuitive network uses intent-based analytics and machine learning to track encrypted traffic’s “body language” and infer if there is malware in it.

Related: Secrets to obtaining 6 figure job offers from top tech companies within 2-4 years even if you have zero experience today!

Cisco’s Network Intuitive does this by using a pretty interesting concept called ETA, which stands for encrypted traffic analytics. It identifies patterns in encrypted traffic, most of which is non-malicious, and builds a reference that enables it to point out if something seems odd.

It’s no surprise that the tech industry changes all the time. But, the introduction of the Network Intuitive, and how it looks to simplify some of the major challenges of today, is a clear sign that the industry is about to change drastically.

In the words of Cisco’s CEO, Chuck Robbins, “We’ve reached an inflection point.” Billions of devices are connected to the internet. Security threats are a major and growing concern and environments are becoming too complex.

Cisco is promising to solve all of these problems by building a platform that allows any organization to scale, secure their information and simplify their environments with their futuristic network; a platform “that meets companies where they are.”

Everything sounds fascinating. But you know what else people don’t seem to talk about and is inevitably due for a major change as well?

The IT profession itself. 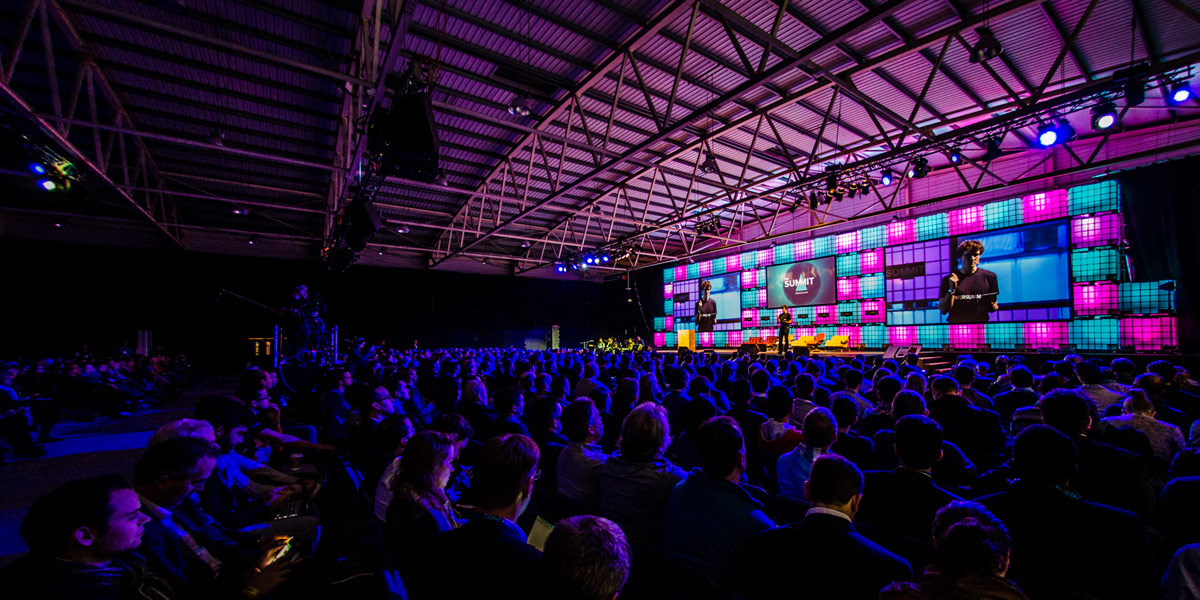 If you’re in the early years of your career or looking to get started, and you keep up with the latest trends (you should!), you have a huge opportunity in front of you.

You’re probably smart enough to see that there is a clear disconnect between what is taught in schools/certs and what is needed in the real world, aren’t you?

For example, have you noticed this issue?

Dozens of technologies are being integrated into networks, and tons of devices generating endless amounts of data are being connected to them. Yet, entry-level certification programs still force people to specialize in one area of IT from the very start.

Nowadays, this is like asking pre-med students to pick a specialty field during their freshman year when they still don’t know what they like!

Why should you be forced to choose between security or data center so early? It makes no sense at all…

Related: How to avoid getting stuck at the help desk or any entry level role

Cisco is looking to solve three main issues, according to their CEO:

1. Doing things at scale: this is a response to the outrageous number of devices being connected to the internet. Next year, it is expected to have over a million connections every hour.

Cisco looks to provide enterprises, which are already using over 3.1 billion devices to change their business models, with a  network that can heal itself through “predictive maintenance.”

For instance, there are companies that use multiple providers of cloud services and their IT department struggles to keep up with managing all the different service providers. Thus, adding complexity where it is not needed.

3. Securing information: more and more traffic is being encrypted every day. Very soon, more than 80% of traffic will be encrypted and 70% of attacks will use encryption. ETA (encrypted traffic analytics) will be used to counter these attacks.

On the downside, this threads the needle between privacy and security. It will for sure be a fun debate…

Add to these three things the fact that companies are now looking to hire people who understand the stack of networking technologies (read more about it here) and you’ll realize that you must learn as many technologies as possible to be successful in IT.

You’ll still need to specialize down the road, don’t get me wrong. But, in order to stand out from the crowd during the early days of your career and to collaborate in “full stack” IT teams, you’ll need to get a networking foundation that includes as many relevant technologies as possible.

But you won’t hear Cisco talk about it, no not them. They make too much money from their certification programs which, of course, are very famous. But, haven’t even adapted to the company’s plans.

So, until they don’t adjust their training programs to meet the demands of the future, they will remain silent about this topic and keep making a fortune off of the huge brand they’ve built.

They’re already busy building an intelligent network, and training isn’t even their core operation. Like it or not, education is just an additional revenue stream for them. They’re just a giant company that needs to keep growing to make sure their stockholders stay happy.

A full stack network engineer knows networking, security, cloud and automation. The last one probably being one of the most important skills of the immediate future.

Full stack network engineer are/will be professionals, although specialized in one or two areas, who understand how all the components of modern networks must work together in order to operate smoothly, and who are able to communicate and collaborate across areas of IT.

Thus, helping companies streamline their operations and avoid hiring people to manage each one of the technologies they choose to incorporate in their environments.

IT professionals will need to become full stack network engineers or be rendered obsolete by their colleagues before they can say “let’s wait and see what happens.”

On the other hand, those who take action immediately will be able to redeem the rewards of being action takers, since they will build some of the most coveted skill sets of the near future.

But how can you take advantage of the fact that training programs are still forcing people to focus in one area at a time?

That’s a question that you’ll have to figure out on your own. According to the Bureau of Labor Statistics there will be hundreds of thousands of open networking jobs in the upcoming years and not enough people to fill them.

Despite this, IT training programs and mainstream certifications haven’t done anything about it.

Where are the full stack training programs?

People keep spending time and money thinking that they are getting the latest and most up-to-date education but this is not the case.

Instead, schools teach outdated curriculums and stretch them out so far that they take a million years to complete (in technology years, of course).

Same goes for entry/associate level certification that are wrongfully thought to be the answer to all of people’s problems when in reality they don’t provide any sort of hands-on experience.

Related: The best an easiest ways to get IT hands-on experience

Sadly, all that time and effort invested in getting technical certs ends up being to get past HR. Sure, you’ll get through them and maybe even get the job. But, what happens next?

Are you most likely to stand out from the crowd and make your bosses love you (and maybe even promote you) by showing them your fancy diploma with medieval letters and a shiny frame, or by actually getting shit done?

Ask yourself that question…

Full stack network engineers must understand everything. They don’t have to be the ultimate expert but they must have an underlying foundational knowledge that will allow them to succeed.

This type of engineer is the network engineer of the future. Like it or not, these are the people companies are looking to hire already; even before the announcement of The Network Intuitive was made.

It’s up to you. You can either be among those who jump on trends and are always looking for an edge, or you can wait and witness how your peers, in one or two years, will pass you by like if you were moving backwards.

Don’t lie to yourself. If you’ve read all the way to here, you probably have all the motivation, drive and self-disciple that it takes to be successful in IT (that will never change, at least for now).

So be smart about how you will take advantage of this new trend because it can be the deciding factor on whether it takes you 15 years or 4-5 years to reach a top position paying you a great salary with great benefits.

You can learn more about becoming a full stack network engineer here.