On a rainy Sunday afternoon back in 1986, a 5-year old boy stood motionless in front of a TV set. He watched attentively, but seemed frustrated—almost as if he were trying to make sense of the ever changing images and sounds that danced flawlessly right in front of him. He wondered and couldn’t seem to grasp why the black car he was watching so intensely on the screen was able to drive itself and talk like a human being.

It wasn’t a cartoon, nor had he seen anything like it in his entire life. All he knew was that people were only able to talk to one another. The car was a $100,000 black Pontiac Firebird Trans Am that had been customized to be featured on the Science Fiction TV show Knight Rider, starring David Hasselhoff.

It was meant to be a high-tech artificial intelligence-equipped vehicle capable of preventing accidents, driving itself and maintaining a human conversation (good ol’ science fiction as Elon Musk would say, right?). In the show, it’s purpose was to assist the main character as he fought crime and protected innocent people.

Next to Scott, the little boy, stood his grandfather, who couldn’t help but notice how his grandson’s eyes opened up a little more than usual staring at the car, and how he listened quietly whenever it spoke, almost as if it were softly whispering one of the world’s most precious secrets into his ear. On that rainy September afternoon of 1982, that little boy discovered his life’s true passion: technology.

His grandfather, Herbert, an experienced surgeon, had decided to immigrate to the U.S from the Philippines in the early 70’s after a colleague of his had referred him to a hospital in Louisville, Kentucky. He eventually started his own practice in America and was able to raise a family of seven with his dear wife Amparo. 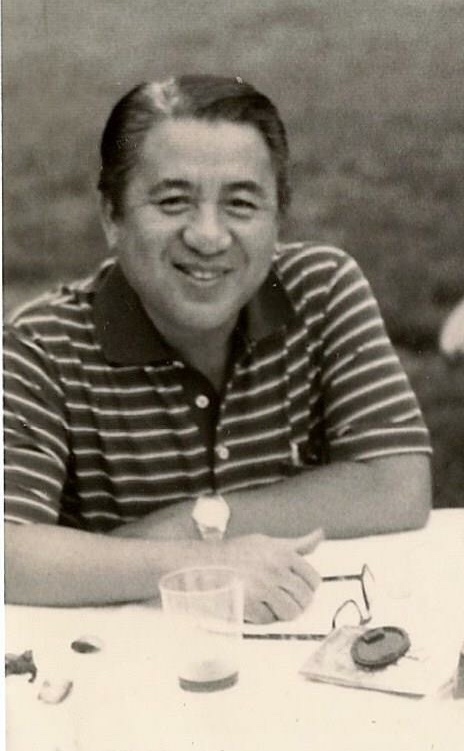 Most of their children had gone on to pursue professional careers in medicine, and that made him very proud. After all, the opportunity to mentor his children and share his passion with them was something he always cherished dearly.

That afternoon, however, as he watched little Scott focus his entire attention on the screen, he didn’t think for a second that Scott should be obligated to pursue medicine. Instead, he felt the need to nurture his grandson’s curiosity, even if that meant he would never become a doctor.

Herbert had been following technology for a while. He was very aware of the potential it had and had invested a considerable portion of his savings in Apple and IBM. Back in the 1970s before their stocks soared to places higher than where Philippe Petit was as he walked back and forth across the very top of the World Trade Center in 1974; on a steel wire thinner than one of little Scott’s arms.

Always looking out for his grandson, he knew that preparing ahead of time for technology’s imminent rise, would likely give him a competitive edge in the future. Herbert understood, having achieved success in his life, that hard work was arguably the best recipe for success—that nothing was going to be handed to Scott on a silver plate. So he nurtured his grandson’s enthusiasm, encouraged him to pursue his passion and motivated him to always keep learning as if he didn’t know anything at all.

Fast forward a few years to around the turn of the century. In high school, Scott enrolled in electronics, technical drafting and even took a computer repair class to stimulate his hunger for technology, which had remained just as vivid as when he first saw that black-talking car.

Laser-focused on his goal of pursuing a technical degree, he worked thoroughly on his skills to hit the ground running in college. This way, he would be able to make better use of his free time rather than watching it fly by dealing with the shock of not being well prepared for higher education.

Scott enrolled in UNLV in the fall of 1999 and started pursuing a degree in Management of Information Systems. His freshmen year, he landed a side job answering phone calls as a call center support specialist for a small computer company, where he learned that he would need to get technical certs and awards if he wanted to have a career in IT.

His parents decided to separate around this time, forcing Scott to work full time to pay for his tuition because his mother couldn’t afford it. It took him 6 years to get his degree. But almost immediately after graduating in 2005, he became an Internet Technician for a medium-sized company called Priority Networks, where he worked installing and managing internet connectivity at big conventions for about 2 years.

Then, he became a Junior Network Engineer for a Cisco training certification boot camp for about 5 years, something along the lines of NexGenT but without the online platform. A little over seven years after leaving college he was able to become a Network Engineer for a medical company where, after some time in the role, he felt like he had reached the epitome of his career—he had hit a wall.

For all those years, Scott had been making the big mistake of putting the companies he had worked for ahead of his personal and professional growth. He would go as far as putting an extra ten hours a week to focus on troubleshooting, so that his companies didn’t have to hire additional personnel and thus, save money. His bosses loved him (but who wouldn’t?).

He had the work ethic, the motivation, the passion and was extraordinarily proactive when it came to solving problems. But he wasn’t growing. He believed that this was the best way of moving up in the industry, and he did. But it took a painfully long amount of time.

Looking out the window it seemed like other people moved much faster than him—like if he were running on a treadmill for hours while his peers walked on what seemed like frictionless ground. He knew he needed to invest his time on acquiring new skills rather than fixing problems and troubleshooting if he wanted to break free from his current situation and jump on new trends before it was too late.

But it wasn’t as simple as when he was starting out and could just get experience from anywhere. This time, he needed to get a specific kind of experience—he needed to learn the most in-demand skills of the moment and how to navigate through the industry much faster than before.

But he didn’t really know how. He felt stuck —similar to when he used to stand in front of the TV and make sense of the black self-driving car that could talk like a human, without even knowing how to go about it.

At that moment—he couldn’t help but imagine what it would be like to be stuck in his position for years and years. He ran into the Zero to Engineer program while his motivation was quickly fading away.

At the time, he already had over 10 years of experience so the Zero to Engineer program name wasn’t that appealing to him. Nevertheless, when he learned that the people behind it, Terry and Jacob, had worked for some of the top tech companies in the world as Systems Engineers, it sparked his interest. They had also successfully ran their own IT consulting firm, and had graduated over 1,000 engineers while serving as instructors for the U.S Air Force, and that’s when he realized that Zero to Engineer could give him what he had been looking for and he enrolled.

He learned about all the areas of networking and how to succeed in them. He became particularly interested in cybersecurity, a growing and promising field, and felt the desire to switch and pursue a career in it.

As he went through Zero to Engineer, Terry motivated and guided him to make the switch from networking to security, especially since Terry previously did it himself and went from being broke to becoming a Network Engineer making over 6 figures within 24 months. He revived Scott’s lifelong inner fire for learning new things, which he had been keeping to himself for the latest years of his career.

Shortly after completing the program, he became a Security Engineer for Hospital & Healthcare, a company with over 2,500 employees. He gets to work with multiple tools to address threat vulnerability, intelligence issues and manage firewalls, among other things.

His only regret is not running into Zero to Engineer when he was a freshman in college. He could have avoided wasting so much time making so many mistakes and not getting promoted faster, but this is not a problem anymore.

He now has a career plan, understands how the industry works, and knows exactly what to focus on to keep growing as an IT professional. And if it wasn’t enough, if he is ever hesitating or having doubts, he can rely on the NexGenT community of alumni, mentors and students for support. He won’t stop learning.

Currently, he’s working towards getting his CCNP Security and his CISSP. From there, he plans to become a Security Architect or Pre Sales Security Engineer. But he is very pleased and happy with his current position, which gives him the flexibility to spend more time with his wife, and their 4-year old daughter and 4-month old son.

Ultimately, he wants to be there for his children, and encourage them to pursue their talents and passion. Just like his grandfather Herbert did when he first saw him stare at that black-talking car on that rainy Sunday afternoon.